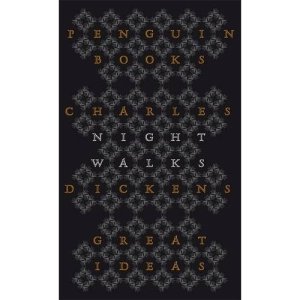 The last few weeks have seen a strange recalibration of my nocturnal clock as Mrs H and I are up twice, sometimes three times, a night feeding the boy or scratching our heads when he screams inexplicably. Watching the rerun of Brian Cox’s Wonders of the Solar System, if we were in Chile where they keep the VLT (the Very Large Telescope) then we could calm him by marvelling at the Milky Way, but since light pollution in London has made the night sky invisible for nearly 100 years, other forms of distraction have been sought.

I asked around what the best way to calm a child in the dead of night might be. Some said rocking, others Mozart, one blogger though simply said – head out of the front door. And that’s what we did. 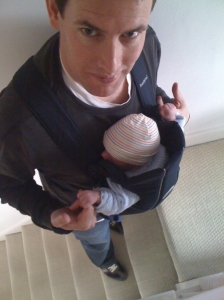 Dressing him up in a hat, and stuffing my pockets with toys we walked North to the Thames at Battersea Bridge. I was by no means the first to take to the streets looking for sleep. Charles Dickens was prone to bouts of insomnia, and when he couldn’t sleep took to the cobbled streets and then wrote about it in Night Walks. It had been some time since I had experienced this kind of darkness in the middle of London, but the peacefulness, interrupted only occasionally by a lurching night bus reminded me of all the hours I have spent running in the dark in the middle of winter after work.

Sometimes, as I ran in the dark, I would turn off the head torch and force myself to run faster and faster over the uneven surface. Abandoned by city lights my body, as a physical object, disappeared. My arms swinging, pushing off into the darkness was the closest I have ever come to experience weightlessness. It was only when the street light returned and with it the silhouette of my physical body that I came back down to earth. Very briefly it can lead to a kind of ecstasy. ‘I always go until I am stopped,’ wrote Shelley. ‘And I am never stopped.’

It was not quite like this for the boy, but every time we head out he calms – eventually – and I can head for home for a few hours of sleep before heading to work.

I have been running marathons for ten years. But when I couldn't around faster than 3 hours 12 minutes, I decided to see how far I could run before I keeled over. Turns out pretty far. In September 2009 I took on the Spartathlon - 152 miles from Athens to Sparta. Non stop. Why We Run is about that journey and about why we run at all.
View all posts by Robin Harvie →
This entry was posted in Night-running, Running and tagged Charles Dickens, Fatherhood, Long-distance running, River Thames, Shelley, Sleep, Thames. Bookmark the permalink.